Clash of Lords 2 - the best real-time strategy game created for Android OS. The game has a minor storyline that isn't exactly fun, however most kids might love it as the game is similar "Clash of Clans", which became very popular in 2016, Users are forced to join the image of all sorts of characters with their unsurpassed abilities.

The game is considered a strategic logic, for this reason it is necessary to engage in the development of their own Empire. Initially, gamers have to take a training course, which looks pretty good. Unsurpassed gameplay makes the game popular and extremely cool, which is played by more than a million gamers, positive reviews also there are many in Google Play.

It contains a huge gaming society where you can make friends with other players, but also to find a Horde of enemies who will attack you, and they will have to destroy. Graphic effects are quite high quality and animated, created specifically for kids. There are a lot of guides to improve their magical world, which makes the game more interesting, and the Russian language gives a big plus.

Cute graphics, which is perfectly optimized, made exclusively for children's audience. Amazing competition with other players with the existing rating tables, nemerenoe variety of heroic characters that appear as you progress through the levels with their own incredible abilities. 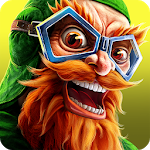 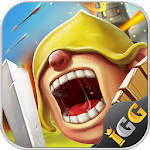 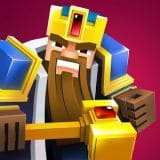 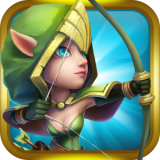