Castle Creeps TD - a wonderful strategy game that is loved by millions of users. Fighting for earthlings gamers need to defend their castle, entering into battle with goblins and other monsters. To carry out defensive actions in the Arsenal of players is a few defensive tower buildings, moreover, in fact from the original location, they will be open all.

Tower, which are magicians, cannon tower, as well as arrows-each of which can contain its own modifications and differences. Opponents of the armor class are divided into magical, physical. Buildings that have an alternative form of attack cause great damage or Vice versa. With the exception of the towers to protect the castle will help the heroic character, which gamers will manage, possessing special skills and stunning the enemy side.

In addition, on any map is a powerful magic tower, consisting of five charges, with which there is a chance of destroying a Horde of monsters. At the end of the stage we are provided with cash, diamonds and a variety of resources, such as cobwebs, wood, stone and other others.

All this wealth is spent on improving the current defensive towers and unlocking the latest additions. The game is performed unsurpassed, wonderful drawing cards, big monsters, which are also described. Scoring is also good-the strategy was created very well. 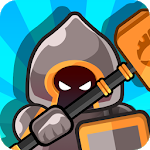 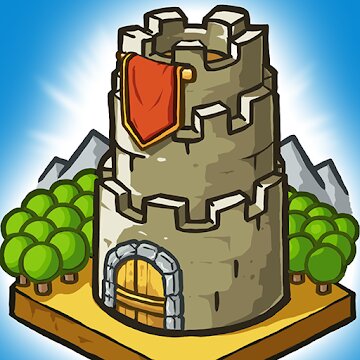