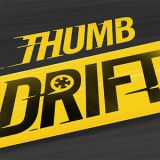 Thumb Drift - Furious Racing - colorful, fun, functional game with lots of licensed cars, which uses unsurpassed drift races. From now on, send your sports car in a controlled skid can be a single swipe of your finger on the touch screen.

What to say about simple machines, there are even multi-ton armored combat vehicle. Races will be carried out on steep tracks with a considerable number of difficult turns. The main goal of the gamer - not to face the barrier fence, overcoming one of the countless chicanes. Counts distance traveled and produced gold coins.

Of course, some of the most complex physics and simulation of transport behavior and will not be out of the question, but the "skins" are very well depicted and motivate the Assembly of small shiny coins scattered in a variety of areas. Control is realized by means of one finger. Great energetic soundtrack, besides realistic sounds of the roar of the engine. 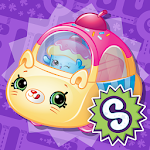 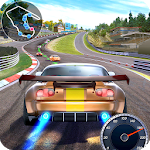 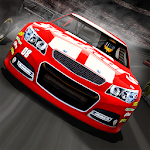 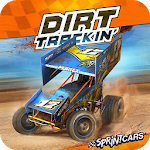 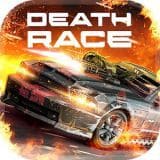