Block Strike - a wonderful combination of team fights and pixel graphics effects, in which gamers and a lot of other players from all over the world, will fight each other, shooting each other from a variety of powerful weapons. Will you be able to shoot all the terrorists, becoming the coolest player of this Android game?

To implement these actions, you need to stock up on the best weapons, strong armor, going to fight at your chosen location, where other gamers compete, showing their shooting skills, speed, agility and accurately hit the target.

The gameplay contains about sixteen completely different game modes, among which there are: survival mode, each for himself, the hunter, as well as a large number of other exciting modes. If there is such a desire, the server can be found in manual mode, connect to different rooms with other users or do the creation of their own.

Your movements will begin in huge locations where you need to look for enemies and try to eliminate them. A direct shot to the head will take away more percent of the enemy's health and allow the user to destroy a lot more terrorists, but his hero is not immune from defeat, at any time he can be killed. 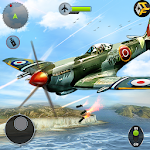 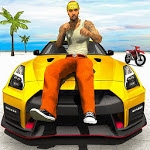