In the newfound part of the enchanting Android game gamers will again have to fight with the famous first-class robot fighters: noisy Boyem, Zeus, superhero Atom, trying to win the tournament, joining the fight with other robots.

Now iron machines will take on a new look, through the most modern and perfect approach to the revival of graphic effects in the highest resolution. Twenty-five excellent chrome-plated Robo-soldiers, with a team of eight new fighters. 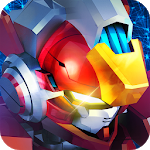 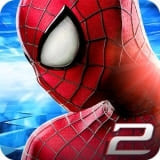