Adventure cartoon dynamic arcade game where users will take on the role of a funny animal Sid, which in the game storyline to save his comrades, faced with a strange huge crack in the ice that separated them all from each other.

Users expect a hurricane of amazing adventures, searches of treasures, RPG battles and exciting logic mini-games. In addition, all the familiar cartoon characters - Diego, Manny, crazy saber-tooth ratcatcher. The game takes place in the mysterious world of the Ice Age.

Players are given a wonderful opportunity Ice Age Adventures, and try in action a few different systems of the game. You will have your own small village, where you can communicate with many colorful characters and engage in the construction of all sorts of buildings, the Assembly of valuable resources, for example, berries, fruits, nuts, etc..

Also, gamers can play small exciting games and show their own skills. The original form of games-3D games in an unusual style "endless runner", then gamers will need to run down a steep slope, collecting berries on the road. Secondary-similar to the genre "Candy Crush Saga", in which you will collect objects of identical color in order to disappear. 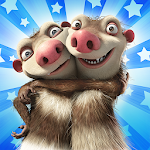 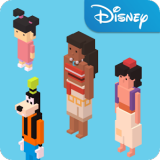