Very simple racing arcade game in which gamers will have to ride on all sorts of twisted and stepped tracks, performing a variety of tricks. Decent graphics this toy unfortunately can not boast, sometimes even there is a feeling that the developers were too lazy to improve the graphics effects, but perhaps they had such an idea. Everything looks very banal, and in some places at all awkward.

Some gamers after seeing pictures may no longer want to play, but as soon as they decide Bike Race Free, run the game and will be at the initial level, after overcoming several diverse obstacles immediately realize that the toy is incredibly addictive.

If the riders wish that their motorcycle reared and rode on one wheel, then they need to tilt your Android device in a certain direction, and to properly accelerate, just click on the screen. There are also several modes: single and cooperative. 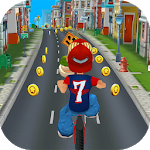 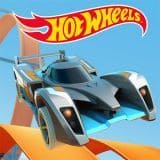