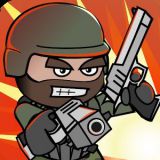 Doodle Army 2 : Mini Militia - two-dimensional action, combining elements of platforming and dynamic team battles. Without having any storylines, the user is given a powerful armor and initial firearms, after which he goes to the bloody battlefield, to fight with legions of other gamers.

Let them know who is actually considered the most nimble, strong and accurate soldier, getting in the battles of money that is spent on the purchase of better weapons, as well as its modernization.

The game includes two modes: multiplayer and single. In the secondary mode, gamers are on the Peninsula, where they expect a whole Horde of enemies. Initially, they will receive a conventional pistol and a rapid-fire machine gun, all this initial weapons can soon be changed to another weapon: a sniper, a powerful rocket launcher and a weapon that shoots a laser beam. Some kinetic guns are allowed to be held in both hands, such as the Uzi submachine gun and move fearlessly forward, destroying humans and robots.

Paramount mode provides the opportunity to battle with these gamers who will not act lightly, and will try to get you in the head, thus causing fatal damage. In multiplayer mode, the enemy will be more careful battles, hiding in shelters, throwing fragmentation grenades, trying to eliminate you. Use your own strategy and win every bloody battle. 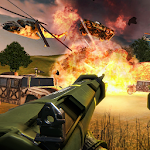 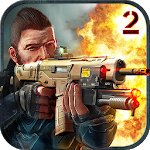 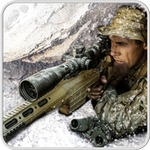 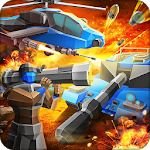