DC Legends - Dark evil forces from the gloomy planet Green Lantern broke on the planet Earth. All engulfed in total darkness, a powerful evil subdued even superhero Green Lantern who went rogue and now to get rid of or to destroy the infernal darkness seized the world, the brave the heroic characters had to navigate to the home planet of the Lantern.

Gamers have to help their familiar superhumans of DC Comics to win over Necronom. Take control of a small team consisting of several superheroes who joined forces to fight a monstrous evil that intends to destroy their world and put an end to humanity.

Green Lantern, charming and dangerous lady Harley Quinn, Man-bat, Green arrow, Joker and Superman decided to unite, to unite a skilled team in order to eradicate the Almighty evil that can control their minds.

In this application, the gamer will alternately cause damage to enemies-will initially attack his protagonists, and then strike back the enemy side. Users need to come up with the right tactical actions and work out their effective strategy. Kill monsters and get special experience points, with which you can level up the hero and develop special abilities. 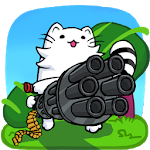