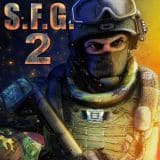 Special Forces Group 2 - is a classic action game that captivates from the first minute of the game. First you need to decide on whose side You are-terrorists or special forces. Arsenal is the same, different goals, a lot of strategic missions. The task of the player is either to protect objects or their malicious destruction.

Movement is carried out on the cards, which should always be guided, and not to let the enemy catch himself by surprise. Keep an eye on Your actions, carefully moving around the perimeter. Cohesion with the team significantly increases the chance of winning, and gives the opportunity not to face the enemy face to face. Positions for the attack must be thought out in advance. Well-placed traps are half the success.

Management in Special Forces Group 2 on Android is implemented using the joystick located in the lower left corner of the mobile device. Perform various motor functions will help the corresponding buttons located on the right. The more time you spend training, the faster you learn all the tricks toys. And will be able to famously cope with the tasks set and in front of you.

In the settings menu, you can set the desired parameters of the game. Modes in the toy 5, and each of them pleases with its graphics and dynamics. Musical accompaniment also pleases and is at the highest level. 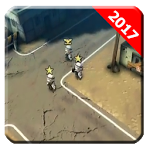 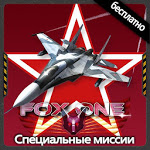 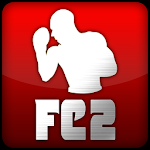 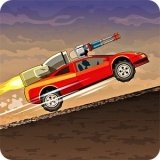