Shadow Fight 2 Special Edition - an updated version of the continuation of the world famous fighting game. Talented programmers and developers working from the Studio Nekki preferred to get rid of the moments of the game, which complained users, and significantly transform the application.

The first thing unspeakably happy – the lack of scale of energy and its substitutes or analogues. Players from now on should not buy replenishment of this resource or wait for a long time before you start a full fight. Annoying and incredibly annoying ads just sunk into oblivion.

In the rest of the gameplay and entourage changes are not observed. Developed several additional weapons in the Arsenal of gamers and uniforms. Well, where without a global Supplement in the form of a whole story Chapter. Consistently furious mess and impressive action. The entire campaign will have to pump your character and defeat enemies, including powerful bosses, endowed with unique combat techniques and weapons.

This application is a perfect example of how after quality work on the errors managed to multiply the advantages of the original and admit the wrongness of past mistakes. But now the army of fans of the fighter has increased and multiplied, which is justified by the efforts of the company. Memorable battle and victory is assured. 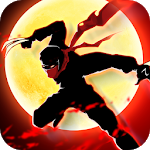