The first creation of a subsidiary of Supercell, translated Clash of clans, instantly captured Google Play, being in the top of popular strategies, it happened in a short period of time. The newly made video game was able to gather about fifteen million users from around the world who downloaded it.

This Android toy can be attributed to the progenitor of similar strategies, taking advantage of the popularity of which, many creators have engaged in the development of countless clones. The game has several main points: the initial is to complete the development and upgrade of its database and the construction of fortified walls, is able to protect gamers from the powerful attacks of the enemy army; and secondary - development of own military camp, hiring different kinds of combat units to attack, capture enemy equipment and conquering the opponent's base.

This is a completely free strategy video game, however it has Donat. In other words, for real money at any time gamers will be able to buy various improvements and game items. Exciting multiplayer online battles, the conclusion of an Alliance with other users, fifteen excellent combat units with several level system improvements.

A wide range of buildings for serious protection: shooting towers, grenades, strong walls, powerful guns, devastating weapon-mortars and a variety of clever traps. Also like would warn players, that able to crack this video game impossible. And the developers have removed the Halloween theme. 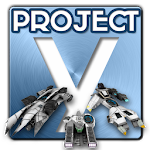