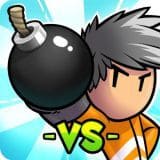 Bomber Friends - a classic bomber in the best traditions of the genre with a lot of different bonuses that are hidden in special cases, and give the opportunity to speed up the passage. Some ništâčki increase the blast radius, there are those through which the hero gains super speed.

The main task of the player to blow up the enemy into small pieces or a wall, while staying alive himself. The bombs explode seconds later. If you find yourself in the blast radius, the result will be very sad. Your entrails will be scattered by the shock wave in the surroundings.

However, the latest version provides the ability to continue the gameplay even after death as a cute Ghost. Also to another difference online game Bomber Friends on Android is the ability to play with unfamiliar gamer faces, and with friends on their own game server. Control of the game is quite simple and does not require special skills.

For the passage of the level, and there are a lot of them in the game, you are awarded coins that can be spent on the purchase of the original final dance or exclusive gizmos. It should be noted separately graphics and music. The developers managed to create an epic atmosphere that is addictive from the first minutes of gameplay. 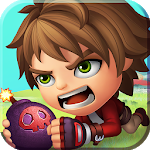 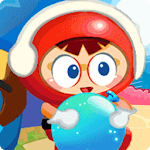 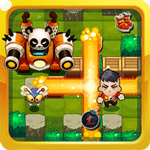 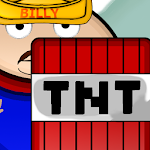 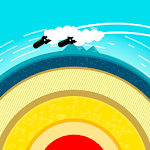