Cops N Robbers - FPS Mini Game - has two game modes. The first involves the game without connecting to the server, the second gives the opportunity to show their skills to participants from different parts of the World. At the initial start of the gamer chooses a nickname, and the team in which there is free space. A total of 12 players participate in the competition, which will have to provide proper resistance to opponents.

In order to save time waiting for opponents, it is advisable to choose the company in which the largest number of those wishing to fight in battle. During the game, you can chat with other people in real time.

Modern uniforms allow you to more effectively destroy the enemy, and in the shortest possible time to get out of the fight an absolute winner. Victory bring extra points through which you can customize the Central character. The results are recorded in the table and to take the top positions will have to try hard.

The quality of graphics depends on the capabilities of the mobile device, and impresses with its realism and detailed drawn landscape. In the settings you can adjust the degree of brightness and other parameters of the original shooter at its discretion. According to experts, the developers managed to make a really high-quality product that can satisfy fans of the genre. 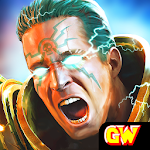 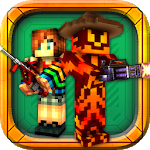