Unknown deadly virus in just a few hours covered the largest Metropolitan areas of the world and to fight this dangerous nightmare humanity has no effective vaccine.

Some brave people with good immunity have not been exposed to a dangerous virus and decided the arm and joint team to go on blood-thirsty zombies crowded the streets of the city, to destroy the damned undead that infest much of the world. You, too, have become one such daredevil, intending to stop the infernal zombie Apocalypse.

This toy is a common shooting range, where users will need to destroy bloodthirsty monsters, but it contains excellent gameplay and simply unsurpassed graphics effects. The quality of drawing the angry living dead at the highest level.

The game has a time dilation effect, during which players who managed to Kill Shot Virus, will see every spectacular shot, even how the bullet hits the target. The game has more than a hundred amazing jobs, an extensive Arsenal of weapons, stunning graphics effects that are not inferior in quality consoles, easy to manage, clear training missions and excellent multiplayer. 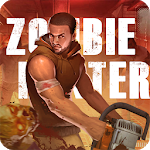