Its sports team should always be well-coordinated, which constantly requires a lot of attention, especially when it comes to American football, which is mandatory to give the necessary results in the development of the right strategy.

The storyline is based on College football competing with each other. The only one who can recruit the best football players in her newfound team and organize them for really serious training trials, it is premature considering the attacking and defensive actions. A good effective strategy is essential before the start of each football match, as each team has its own playing style.

This is a great toy, created in the card style, where gamers who happened Rival Stars College Football, will play the role of a coach of the College team in American football. Bring new athletes to spectacular football matches and train your students.

Build a small Dorm, work carefully on the results of the players, and then bring your professionally trained team to the top of the victorious success. The game has a considerable list of tempting rewards, rare athletes, which will be quite difficult to open and much more. 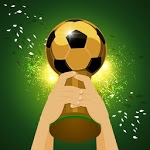 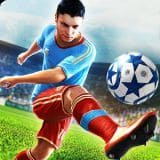