Stunning runner developed by the game Studio Subway Surfers. The game will take gamers to the mysterious and unsurpassed beautiful universe of the world brim. Here they will expect an epic battle with violent thugs and resilient Leaders, intending to enslave the world and destroy all of humanity, spiteful villains want the planet was empty and it stayed the only ones.

In order to resist the villains, users will Blades of Brim, and go on a dangerous long journey, going to find the legendary weapon of the long-vanished from sight of the Kingdom to defeat the invaders of the world. To help you come cute charming fairy Aura, which will tell you about everything you need to save this wonderful fantasy world.

Thanks to the excellent graphic effects and the most basic is extremely enticing in this wonderful fantasy world gameplay, as well as the existence of a certain plot, the toy has become one of the most popular and downloadable games for portable Android devices.

From now on, users no longer need to run away from anyone, rather the opposite. The magic universe was invaded by frightening monsters and now players together with other heroic characters will need to stand up for this colorful world. 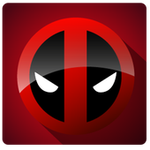 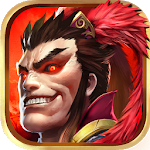 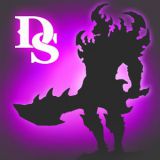